Iron clay cowpeas are a highly preferred annual season legume which is best used when planting a combination of plants for foraging wildlife food plots. Actually a bean and not a pea, iron clay cowpeas produce a very nutritious crop of seeds that can be shelled and eaten fresh, processed in the green stage, or allowed to dry on a vine. Cowpeas are believed to have originated in Africa. Their introduction to the United States occurred during early colonial times and quickly became a staple crop in the Southeast. Due to their ability to produce their own nitrogen in root modules, iron clay cowpeas are a good choice for soil-building summer crops.

Due to their tolerances to cold and drought, iron clay cowpeas are able to be planted anytime between March and June, or they can be planted in the early fall; soil temperatures should remain above 60○F to ensure the best germination and emergence. Iron clay cowpeas are fairly resilient once planted and are able to germinate in a wide array of soils, but they still require the pH to be between five to seven point five. Iron clay cowpeas are most likely to succeed if planted between one and two inches beneath the soil’s surface. Once planted, the seeds should reach maturity within ninety to one hundred days provided that rainfall exceeds at least twenty-five inches.

Deer are highly fond of iron clay cowpeas, which is fortunate since the iron clay cowpeas provide a high level of protein that will help promote antler growth. Due to their preference though, deer have been known to strip a newly seeded area if the area is heavily overpopulated. Iron clay cowpeas yield an extremely high number of seeds which helps them be fairly resilient when faced with high amount of deer pressure. Iron clay cowpeas have become a favorite addition to deer forage food plot mixtures.

Aside from deer, iron clay cowpeas also provide a food supply for turkey, rabbit, and quail. Turkey in particular will seek out cowpea plots due to their preference for early seedlings. Once the plants have matured, they will attract insects that turkeys depend upon for their diet. In the late summer, the iron clay cowpeas will produce seed in pods that make a superb food for turkey and quail.

(No reviews yet) Write a Review 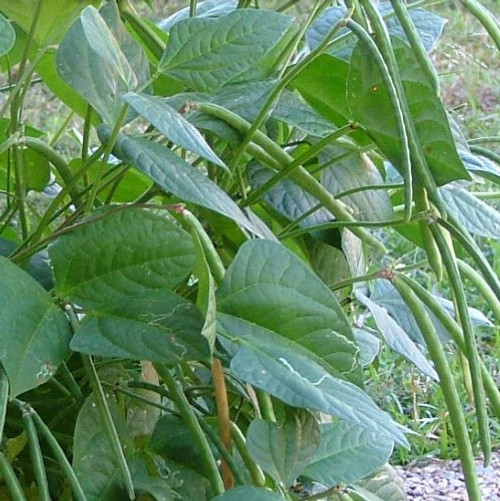